Of course, no self-respecting catalogue of lost manuscripts would be complete without mentioning Nikolai Vasilievic Gogol and his Dead Souls: Мёртвые души.

All sorts of first drafts and irreplaceable manuscripts have perished in incandescence: plays baked by Betsy, mathematical jotterings and passionate first drafts tidied up by housekeepers. Even proof that Atlantis lies in northern Sweden was culled in a conflagration. Yet it is rarely the authors themselves who fling their pages into the flames. Robert Louis Stevenson is a notable exception. Nikolai Gogol is another.

Dead Souls is still with us. It first appeared in print in Moscow in 1842; it was an instant hit. Today you can walk into a bookshop and there it still is on the shelves.

In the Russian Empire, at the time Gogol was writing, landowners also owned the peasants — the serfs — who farmed their land. The landowner could buy and sell serfs, just like any other piece of property. The government taxed the landowners according to how many serfs (or “souls”) each one owned. This meant that landowners could be paying taxes on serfs who had died. The novel tells the tale of Chichikov, who, in a get-rich-quick scheme of his own devising, tries to buy these “dead souls” from their owners.

The novel that you might pick up off those shelves today, however, is merely Part One of what its author intended to become a trilogy. Gogol planned a three-part epic detailing Chichikov’s spiritual redemption; after the Inferno, he would win his way through to Purgatory and, as with Dante’s The Divine Comedy, reach Paradise.

You’d certainly expect there to be a sequel, given that the novel ends mid-sentence. The prince who has recently arrested Chichikov is railing against the corrupt government:

“I invite them to observe more closely their duty, and to keep more constantly in mind their obligations of holding true to their country, in that before us the future looms dark, and that we can scarcely…”

We can scarcely what?

It’s the next two parts of Dead Souls we don’t have.

Gogol suffered ill-health. Whether it was real or imaginary, he suffered it. He spent most of the three years after the publication of Dead Souls writing Part II of his magnum opus and travelling round Europe in search of a cure for his maladies. In 1845, in the midst of a spiritual crisis, he burned the manuscript of Part II for the first time.

Not even a pilgrimage to Jerusalem could cheer him up.

One theory for the unending spiritual crises and poor health is that Gogol blamed himself for not being a good enough writer. His aim was to reveal to Russia the righteous way of living, to effect moral improvement through his art. Yet he felt that he was failing.

Gogol’s crises were not helped by the fact that he came under the influence of Father Matvei Konstantinovsky; Konstantinovsky was — to put it mildly — a religious fanatic. He condemned all of Gogol’s written work and pronounced it sinful.

What do you do when you’ve been told that the very act you felt God had called upon you to do — to write to save the world — would lead to your own perdition, to the flames of Hell? What do you do when fasting, scourging and flagellating yourself aren’t enough?

You burn your writing, of course. Which, in February 1852, is what Gogol did. Why worry about dead souls on paper when the only soul that matters is your own, immortal one?

It may have saved his soul, but destroying his work seems to have immolated a part of Gogol’s physical self, too. He entered his own, private Inferno. After the burning of the manuscript, he took to his bed and stopped eating. Nine days later, he died of starvation.

A short life. A sad life. We may have two lost manuscripts, but we also have a masterpiece from it. Konstantinovsky wasn’t able to take those Dead Souls away from us. 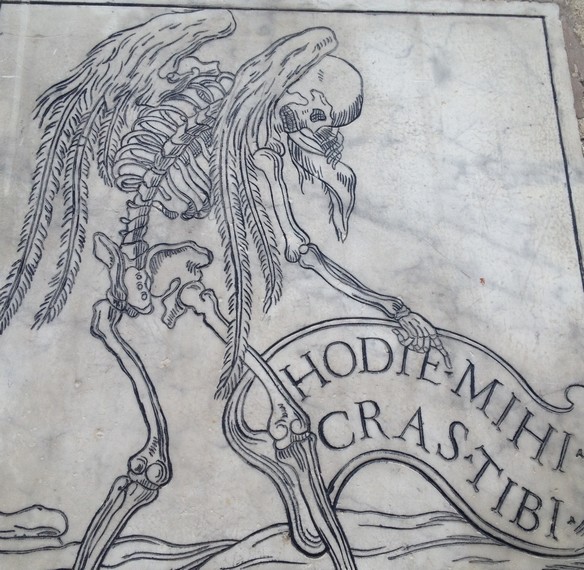