We tend to think of the ribbon of history being pulled into its pattern by large events: a shot ringing out one Sarajevo morning, a wall rising up one Berlin night. The influence of housekeeping on history is a sadly neglected field of study, but perhaps the prime example is a house-clearance in Göttingen.

Bernhard Riemann was a shy, devout German mathematician. He only ever published one paper on number theory, and that ran to a mere nine pages. However, his 1859 Ueber die Anzahl der Primzahlen unter einer gegebenen Grösse (On the Number of Prime Numbers less than a Given Quantity) was an instant hit, and continues to run and run.

Back in 300 BC, in Greece, Euclid had proved that the number of prime numbers is infinite. (A prime number is a number that can only be divided by itself and 1 with nothing left over.) Euclid could not find a way to predict where these numbers would appear in a sequence. Neither could anyone else.

Mathematics is above all else about patterns. Mathematicians hated the fact that they couldn’t predict when the next prime number would pop up. They all agreed that the numbers couldn’t just turn up at random intervals. But they kept on doing so. You could have a big gap, and then two primes almost next to each other.

At the core of Riemann’s 1859 paper was an idea — a hypothesis — that seemed to reveal a magical relation between primes and other numbers. Riemann argued that his hypothesis was very likely to be true. But it was just that: a hypothesis. He couldn’t prove it.

(That’s as much as you’re going to get on the hypothesis itself. I, being a mere mortal, soon got lost among Riemann’s zeta functions, his non-trivial zeros and his complex planes. There is a useful round-up of resources here.)

As well as being shy and devout, Riemann had a couple of other marked traits. One was ill health. In the autumn of 1866, on a visit to Italy with his wife and daughter, he developed tuberculosis. He died, aged only 39, and was buried in the cemetery in Biganzolo.

He was also a very messy worker. He filled pages and pages with scribbles. On hearing of his demise, his housekeeper, back home in Göttingen, took this golden opportunity to clear out the papers in his office. She merrily consigned hundreds of pages to the flames before the mathematical members of the university arrived to stop her.

Did Riemann have a proof for his hypothesis that was lost forever in her kitchen fire? We’ll never know.

What we do know is that, over 150 years later, no-one has yet proved Riemann’s hypothesis, although the legions of mathematicians who have tried is impressive. Computers have generated prime numbers a million digits long, which still fulfil the hypothesis, but don’t prove it. Attempts to disprove the hypothesis have been equally unsuccessful; not one prime number yet encountered doesn’t behave in the way the hypothesis predicts.

In 2000, the Clay Mathematics Institute chose the Riemann hypothesis as one of its seven Millennium Problems; the first person to prove it will receive a prize of one million dollars. 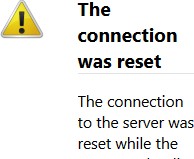 Perhaps. Every time you use a cash machine or use a credit card to pay for something on a secure website, huge prime numbers encrypt the information that you send. These security systems are based on the unpredictability of prime numbers. A proof the hypothesis could lead to an easy way to predict prime numbers, and thus, potentially, an easy way to break our everyday encryption.

The one-million-dollar prize would be peanuts. You could make many millions more simply defrauding the banks before breakfast.

Maybe, somewhere in Göttingen, lives a housekeeper’s descendant with a lost manuscript, a neat little proof, and a finger poised above SEND.