Your name is Thomas Nickerson. You are fourteen years old when you set sail from Nantucket Harbour in August 1819 on a ship called the Essex. The expedition is part of the murderously efficient industry of this Massachusetts town: the hunting of whales.

You do hunt whales. You sail across to the Azores then down the coast of South America. The crew sees and despatches its first whale somewhere between Rio de Janeiro and Buenos Aires, then continues round Cape Horn into the Pacific Ocean.

On 20 November 1820, after many months at sea, you witness an incident that would later inspire Herman Melville to write his epic Moby-Dick. It was something of which whaling crews had never heard before, never seen. Two of the small whaling boats that the Essex carried were off at the hunt at the time, harpooning whales. You, Thomas, in fact, are steering the ship towards the boats when you see it: just off the port bow, an enormous whale. An enormous whale not doing what whales usually do — getting out of the range of a whale ship as rapidly as possible — but watching you.

This enormous whale then swims directly towards your ship and rams it. As if in revenge for the bloody murder being wreaked upon its cousins.

Recovered from the blow, the whale turns round and, with fury and with malevolence, rams your ship again. Within moments, the ship founders under your feet and the Essex sinks and is lost.

The crew split into the three surviving whaling boats, taking what provisions from the wreck that they can. You join the boat of the first mate, Owen Chase, himself aged only 23. The aim is to ration the provisions and sail to South America, a journey of several thousand miles.

Twenty men leave the wreck of the Essex; eight survive. Some succumb to starvation, some become food for the remainder. 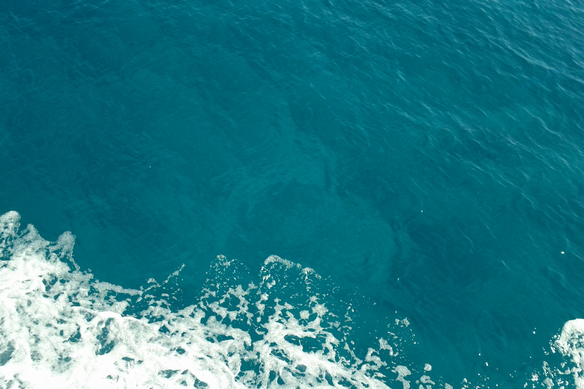 Water, water, everywhere, Nor any drop to drink

You return home to Nantucket almost two years since you left, in June 1821, on the Eagle. The crowd on the Nantucket docks meets you and your fellow survivors in silence.

No wonder, when someone suggests that you write down this tale of hunger and cannibalism and fortitude, you do.

But Thomas Nickerson did not write his tale for many years. Amazingly, the optimistic teenager set sail again, serving on other whale ships and eventually becoming a captain in the merchant service. Owen Chase, meanwhile, was busy penning his memoirs, with the aid of a ghost-writer, and described the crew’s adventures in The Narrative of the Most Extraordinary and Distressing Shipwreck of the Whale-Ship Essex, which was published just four months after his return home.

Upon retiring from his seafaring life, Thomas Nickerson ran a guest house in Nantucket. One of his summertime guests was the writer Leon Lewis, who encouraged Nickerson to write his version of the Essex story. In 1876, Nickerson sent his manuscript to Lewis, who lived in Penn Yan, New York. Lewis, however, did nothing with the work, having creditors, debts and sailing to England to escape them, alongside his 14-year-old niece, on his mind. Nickerson died in 1883, his manuscript lost.

In 1960, Nickerson’s manuscript was re-discovered. Before a sale of Leon Lewis’s property to pay off some of his creditors, a friend of Lewis, Darius Ogden, took possession of several of his items, including Nickerson’s manuscript. At some point, someone put the manuscript in the attic of Darius Ogden’s house, and that is where it stayed as the house passed down through the generations. There it was in the attic when a family member retrieved it in 1960. She kept it in her study, thinking the story was make-believe. Not until she visited Nantucket in 1980 did she decide to check its authenticity. Nantucket whaling expert Edouard Stackpole duly did authenticate the manuscript.

Just over a century after his death, in 1984, the Nantucket Historical Association published an abridged version of Nickerson’s manuscript, using his original title: The Loss of the Ship “Essex” Sunk by a Whale and the Ordeal of the Crew in Open Boats.

Herman Melville heard about the malevolent whale that sank the Essex while he was serving on a whale ship, in 1834, before he began his literary career; he met the son of Owen Chase, who was serving on another whale ship, not far from where the Essex originally sank. Chase gave his father’s account of the incidents to Melville, who read it at sea and pondered a whale capable of violence, of retribution: a white whale, at that.

Moby-Dick, published in 1851, ends with the sinking of the Pequod. As Ishmael alone survives the whale’s malevolence, the book does not explore the subsequent horrors of abandonment, loss and cannibalism that Nickerson and Chase describe so honestly and well.